OREGONIA, OH (October 11, 2020) - In a season that saw only two races, the AMA Pro Hillclimb Series made the best of it with Logan Cipala, Jay Sallstrom and West Coast rider, Tyler Cardwell each picking up wins in the 450, Premier and Twins classes respectively. The Dayton Motorcycle Club hosted the final event of the season with a crowd roaring atmosphere at the 71st running of Oregonia Ohio’s world-famous Devil’s Staircase.

The 400-foot hill eerily named, was groomed to perfection for the riders to tackle with their high-powered monster machines. 44 riders came to put their bikes on display at a hill that is not only fast but dangerous as well. The hill has claimed the life of two riders in the last ten years in freak accidents that were on everyone’s minds entering the race.

As with the last race, the Twins class hit the hill first with Tyler Cardwell posting a fast time of 9.935 seconds. Two riders later saw that time go to the wayside as Braiden Henry bested Cardwell’s time with a 9.864 second run. But Josh Muller who was next said, not to fast boys as he put up the fastest time in the first round with a blistering 9.753. 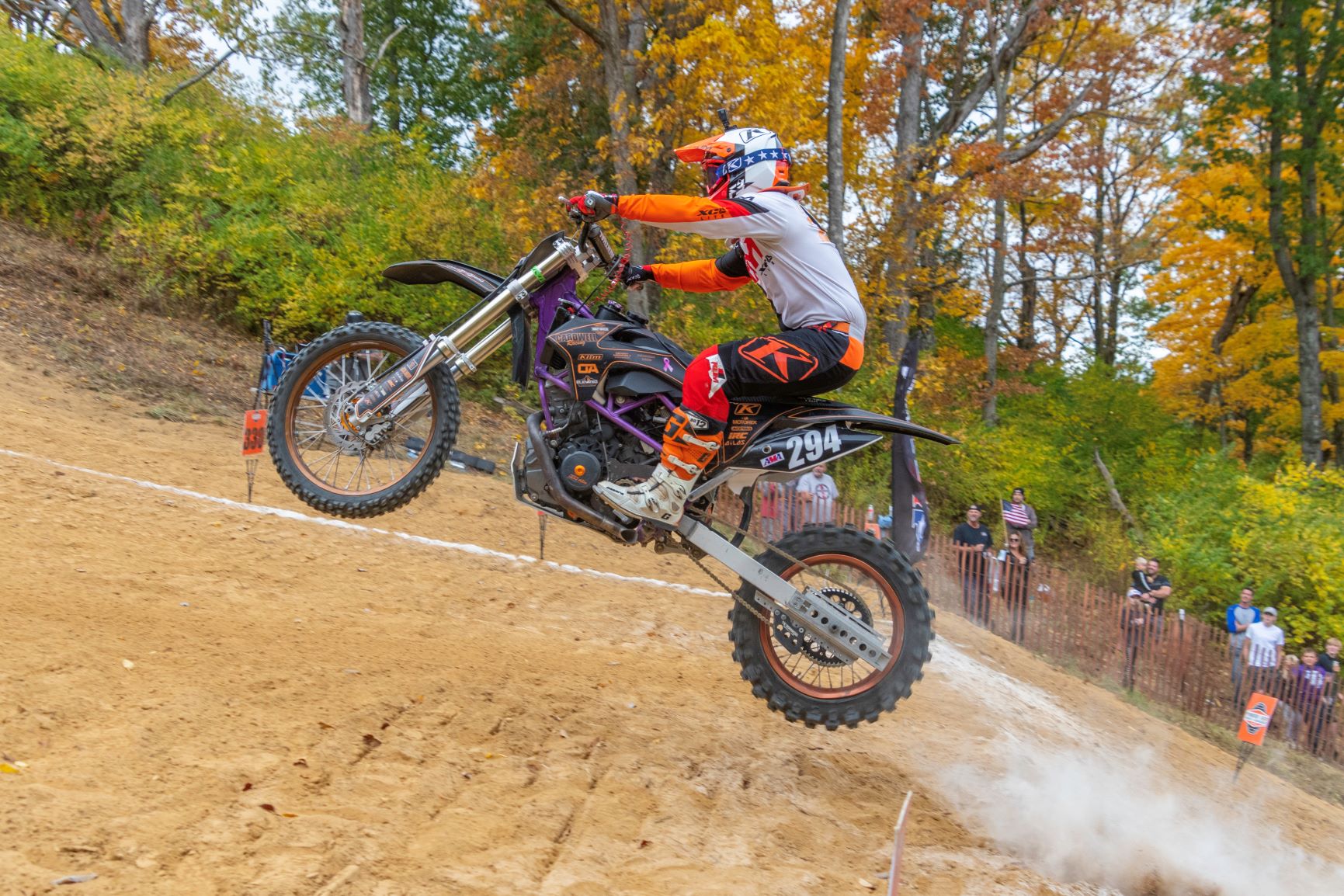 With almost everyone improving on their second run, it was the West Coast rider out of Billings Mt. in only his second AMA race who posted the fasted time with an eye popping 9.597 second run. Henry posted another second fastest time with a 9.744 run and Luke Cipala finishing in third with a 9.857 run of his own. At the end of the day, Cardwell captured the win with Henry in second and Mueller finishing in third.

The 450-class hit the hill next with Logan Cipala setting the bar early with a 9.418 second run. Cipala was the second rider to go and saw his time stand throughout the round. Cardwell kept it close posting a 9.679 second run and John Koester finishing in third with a 10.147. 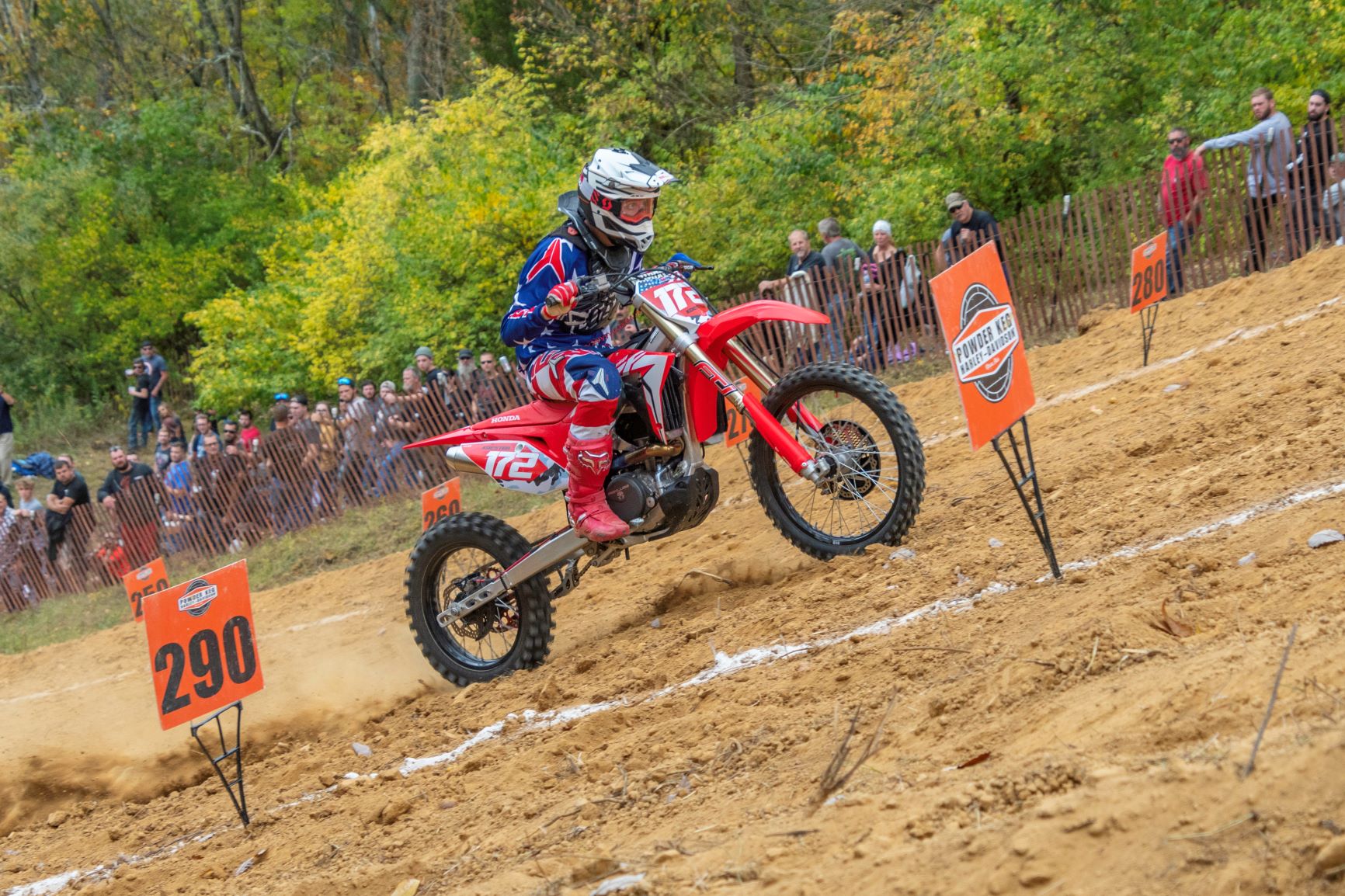 John Koester is all focused on the hill ahead in the 450 class.
Photo: Tamara Bailey, TNA Media

The second round saw Cipala’s time hold on with a hard charging Max Skeans coming in with a 9.660 second run. Koester finished the round with 9.772. Cipala took home the class win followed by Skeans and Cardwell.

The Premier class which is a crowd favorite is always last to go and rightfully so, with high powered machines running exotic and metal fenders gets the heart pumping. Phil Libhart got the crowd on its feet with his first round run that saw his Triumph clear the 70-foot gap and a run and a fast time of 8.665 seconds. Not to be out done, John Koester on the next run showed the crowd that the hill still had speed left in it and bumped Libhart to second with a crazy fast run of 7.782. Three riders later saw Jay Sallstrom rocket his Yamaha to the fastest time of the day with an incredible run of 7.333 seconds. 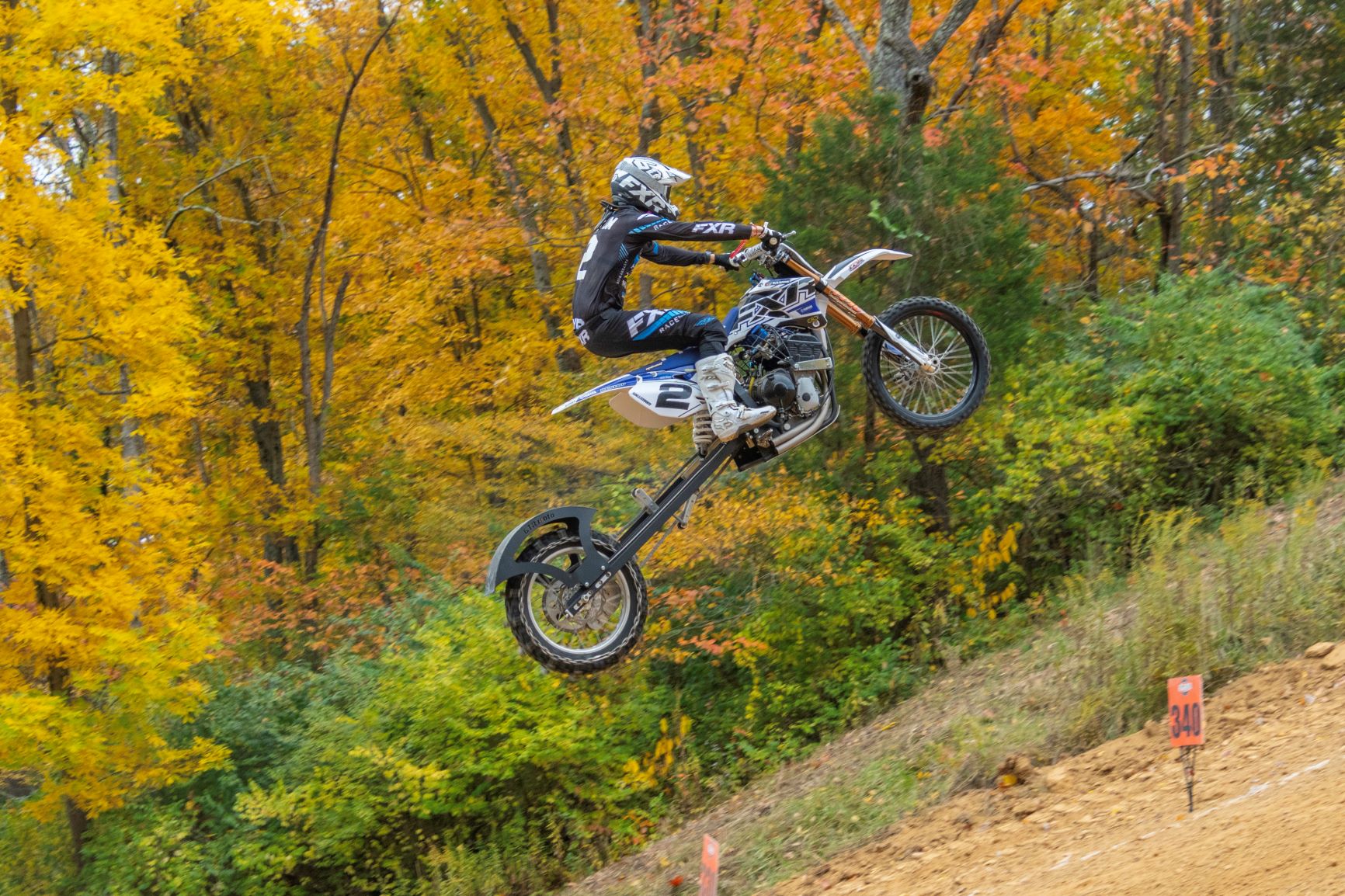 Jay Sallstrom with lift off of his Yamaha on his way to the Premier class win at the Devil’s Staircase.
Photo: Tamara Bailey, TNA Media

In the second round Koester gave a run at the fast time but came up short with an improved time 7.545 second run and Libhart slowed just a bit, but was able to hold the third fastest time in the round at 8.940. In the end Sallstrom took home the top prize with Koester in second and Libart rounding out the top three.

Even with a Covid stricken season that saw only two hillclimbs, the AMA Pro Hillclimb Series used each run of all the races to score overall points. In the end national champions were crowned and the season finished with success.

White Rose I - Get tickets